Warning: Creating default object from empty value in /home/customer/www/bfunkphotography.com/public_html/wp-content/themes/bfunk/nectar/redux-framework/ReduxCore/inc/class.redux_filesystem.php on line 29
 Fall is the perfect time to road trip Southwest to the desert
0
was successfully added to your cart. 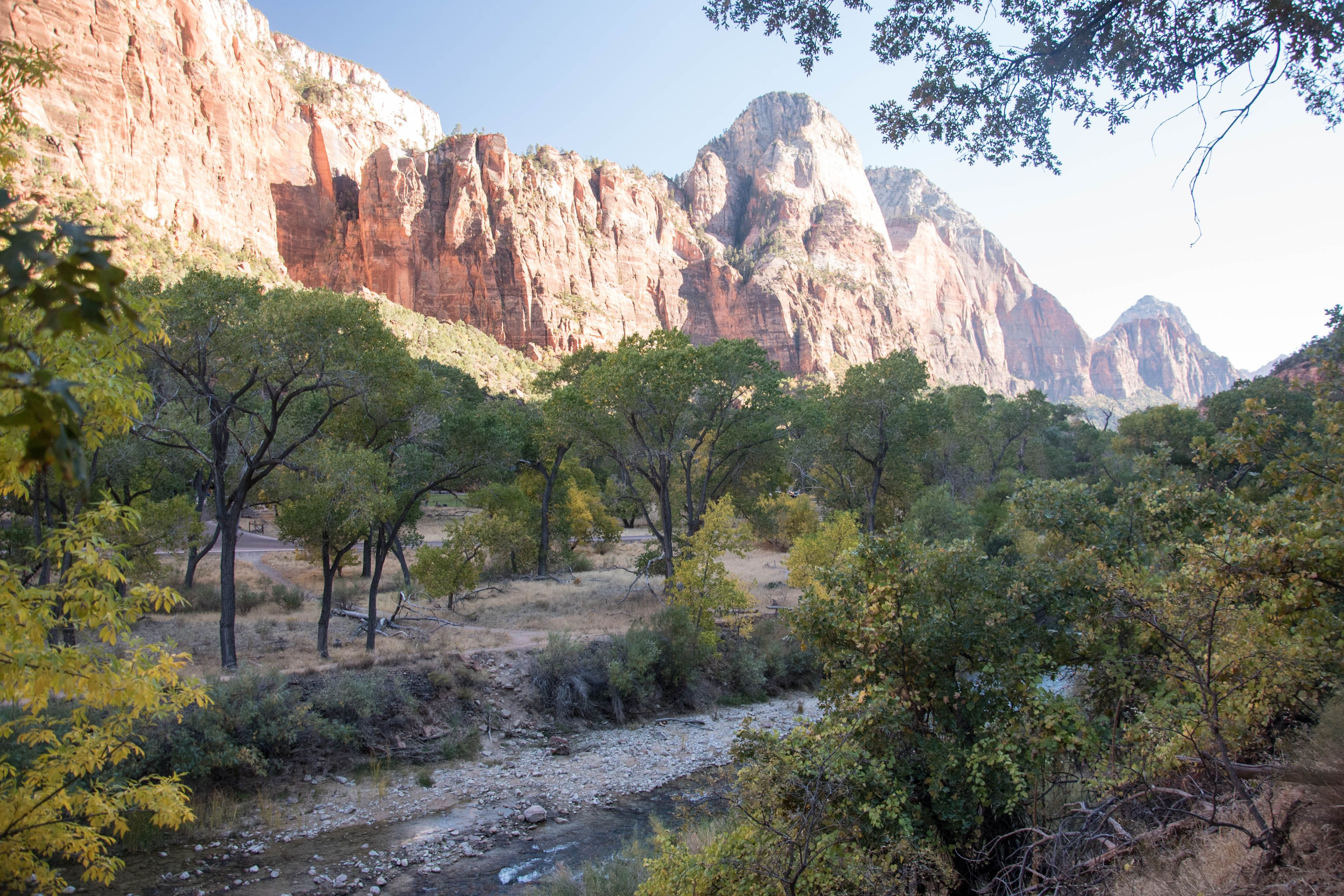 Fall is the perfect time to road trip Southwest to the desert. This season is my favorite time of year, however the snow came early in Denver and shocked the potential for any beautiful fall leaf colors. So in an attempt to escape the cooling weather, my wife and I set out on a road trip to the Southwest. Utah has been one of our favorite destinations as we’ve visited Moab on several occasions. However we wanted to head a little further down the highway this time to Zion National Park.

The trip began with a night drive thru Colorado to Moab to stay a night. We woke up early the next morning to set off on the road towards Page, Arizona. We would have gone straight to Zion, however I miscalculated the time to reserve a campsite in the national park and was only able to get a spot on a Sunday and Monday night. Make sure to reserve exactly 2 weeks in advance especially on weekend nights.

Instead our road trip Southwest to the desert took us through Monument Valley into Navajo Nation. We stayed the night at a first come first serve beach campground along Lake Powell called Lone Rock Beach campground. The trip through Monument Valley is as scenic as the old cowboy westerns portray it. The dry fall foliage added to the feeling of desolate desert along a lost highway. The highway however was far from desolate as road tripping tourists like ourselves from around the world would pull off on the side of the road for a selfie. We couldn’t resist the quick photo session and stopped and took a few shots.

We didn’t stop and enjoy the exotic desert landscape too long however since we had a reservation to visit Lower Antelope Canyon later in the day. The hours driving passed quickly while navigating the beautiful desert landscapes. We arrived to Page, AZ just in time for our scheduled time with Ken’s Tours to explore Antelope Canyon. The famous slot canyon is composed of an Upper and Lower location. The lower part of the canyon is right off of the highway just South of Lake Powell. We broke up into about 12 groups of 8 to 10 people led by a Navajo guide to traverse the canyon. Our guide was a young guy named Carl who besides being a knowledgeable resource on the canyon qualities was also an expert photo consultant.

After our tour the temperature began to drop and we hit the road for Lone Rock Beach to camp. I admit I was a little nervous not knowing what to expect when we pulled in to this national recreation area campground. It turns out the beach had plenty of space for camp spots. The wind was problematic however and so I was glad that we had decided to sleep in the van at this location. The windy, sandy desert beach and huge camper vans and RVs made the site feel like a scene out of Mad Max. We also realized while cooking food for dinner that we had a guest desert mouse encircling our picnic area. The weather was too cool to really get into Lake Powell but I imagine this is a hot destination during the summer months.

We saved the best for last on the final stretch of our Southwest adventure. Zion National Park is only a couple hours Northwest of Page, AZ and the drive into the national park takes visitors along the historic Zion-Mount Carmel highway. The most spectacular section of the highway passes through the canyon walls in a tunnel illuminated by carved out windows. Zion is the first designated national park in Utah and once you wind down the canyon it is easy to see why. The micro-climate valley hosts abundant vegetation and wildlife. We saw a group of 4 deer wander into our campsite in the South Campground on the first night.

Zion has spectacular hikes for all types of visitors. We spent one afternoon doing a casual stroll to the Lower Emerald Pool. This pool is a bit of an oasis of water below a canyon cascade. It was too cool to enjoy this time of year and signs reminded visitors to look but not enter.

The next day in the park I had set on attempting to explore the famed Narrows trail. My wife and got on the bus around 9 a.m. to head toward the farthest point in the park. The trip took about 45 minutes from the visitor center. Once we got off the bus I noticed most people preparing for the trek to the Narrows had waterproof boots, pants and some even had jackets. I ignorantly figured that my wife and I would be fine with some Chacos but I was wrong.

By the time we arrived at the stretch known as the Narrows I realized that we would be traversing more water than I expected. Only 45 degrees F outside, we would have to freeze with bare feet in frigid water. We crossed the first part of the Virgin River and my wife had had enough. I decided that I’d try to brave the cold water and spend another 30 minutes walking up river. This entailed wading in sections of water up to my waist. After a half hour my feet were numb and frozen and I chose to head back. Sandals may work during the summer months but in fall I would hit up a local outfitter for boots and pants.

Disappointed by our lack for preparation for the Narrows, we optioned to visit another legendary trail called Angels Landing. Angels Landing is considered a strenuous hike as it heads up the West Rim Trail 1488 feet. The paved trail then transforms to rock and sections of fixed chains . This section to the top is not for the faint of heart. Parts of the trail have thousand foot drops on both sides. Plus, hikers have to dodge each other along the stretch of chains as the trail is generally busy.

My wife and I started the hike later in the afternoon. This meant less people at the top and very little hikers climbing up as we headed down. The dramatic dusk shadows emphasized the incredible views of the canyon as we descended. A rare California Condor also flew along the canyon walls hunting for rock squirrels. The sun lowered beyond the horizon by the time we reached the Virgin River. We admired the beautiful colors on the leaves and then took the bus back to our campsite. The next day we traveled back on the highway to Denver. Sadly our road trip Southwest to the desert was coming to an end. 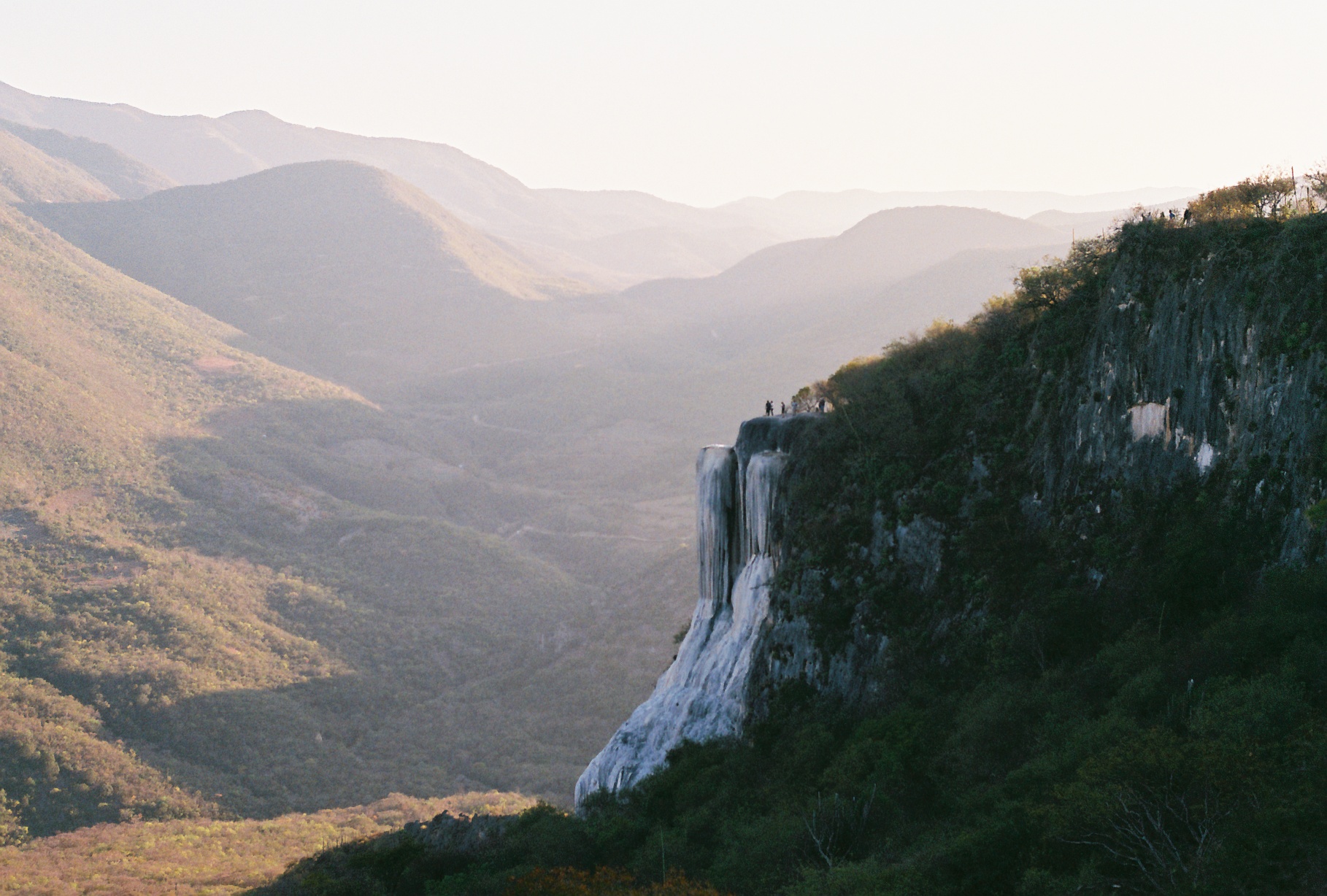